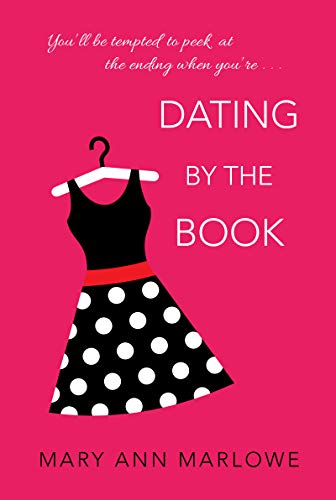 Dating by the Book

I started Dating by the Book with high hopes: You’ve Got Mail is my favorite 90s romantic comedy and this was supposed to be a charming retelling set in a cozy bookshop. Unfortunately, the enemies in Dating by the Book — author vs. critic instead of independent bookstore vs big retailer — marred my enjoyment. Additionally, the heroine’s frustrating actions — including her baffling behavior as a soon-to-be-published author and her selfishness — ultimately ruined the book for me. I kept reading because I wanted to know the identity of her anonymous penpal, but it wasn’t a pleasant experience.

The premise is simple: bookstore owner and recently jilted bride Maddie Hanson is a soon-to-be-published author. A negative review by anonymous blogger “Silver Fox” devastates Maddie and even though she knows not to engage with negative reviews, she gets drunk and sends back a scathing message. Sigh. They exchange some antagonistic messages for a while until declaring a truce and becoming friendly (and flirty).

In a completely unrelated turn of events (I hope you can sense the sarcasm), Maddie is in a love pentagon:

And, of course , one of the love interests is Silver Fox. I’m sorry for spoiling the entire book for you (I’m not that sorry, as it’s heavily implied in the blurb).

Okay, now on the problems. I had a lot of problems.

Despite ignoring her editor’s excellent advice to not read reviews, Maddie sets up a Google alert for her name and finds a blog review for her upcoming debut.

The review, penned by Silver Fox, is not complimentary. After some valid and thoughtful commentary about the plot and world-building, Silver Fox adds some unnecessary commentary about Maddie’s personal life: “I’ve felt more chemistry between my kitchen appliances. It’s so stilted that I’m left suspecting the author hasn’t had a single romantic experience.” Not cool, Silver Fox.

Maddie is devastated. Her BFF tells her to suck it up and points out the subjectivity of opinions. I’d like to thank Layla for being the smartest person in the entire novel.

Alas, Maddie doesn’t listen to Layla. She spends a chapter musing about how much of a failure she is and how this no-name blogger doesn’t matter. Fast forward to that night, and Layla tells her again that Maddie shouldn’t engage with the reviewer. Maddie is also upset because the reviewer mangled the protagonists’ names and she thinks that Silver Fox didn’t read the book.

She gets drunk, writes a mean response to Silver Fox, and sends it accidentally in her drunken state. This is the message:

I wanted to thank you for taking the time to read and review my novel, The Shadow’s Apprentice.

But let’s be honest, you didn’t read the entire book, right? You skimmed it, sure. You’re probably one of those snobs who sneers at fantasy romance as if it’s inferior, so you decided to make a personal attack on the author. However, you don’t know the first thing about my experiences.

Who are you to disparage my romantic life? Going by your chosen screen name, I’d guess you’re some sixty-year-old virgin whose romantic prospects are busy swiping left. For your information, I was involved in a long-term relationship throughout most of the writing of this novel. How does your vast expertise compare?

I’m not even mad at Maddie at this point! I mean, yes, this was a colossal mistake but she was drunk. Mistakes happen.

Cue Silver Fox’s response (he doesn’t know who Maddie is, as she’s writing under a penname and her new book is a secret):

How awesome to hear from an author. You’re quite welcome for the review.

Normally, my reviews don’t elicit such colorful responses. Or really any response. Because in case you missed the memo, you sent a book out into the public, and now the public gets to have an opinion about your work. It’s up to you if you want to follow it around explaining to people how they’re reading it all wrong, but I wouldn’t advise that. If you want to show that emotion to your reader, here’s an idea: Put it in the book.

Yes, I did read your entire book. I wouldn’t put my name on a review if I hadn’t. That would be a disservice to our readers—my intended audience. And no, I’m neither sixty years old, nor a virgin, though I contend neither of those would disqualify me from knowing plausible romantic chemistry. I concede that it must be difficult to pull off a solid romance, but you chose to include one, and as such, as a reader, I want that element to work as well as the rest of the book. Readers looking for a fantasy romance will want to know if this is the book for them.

If I disparaged your personal life, I do apologize. However, your word choice implies that your long-term relationship is possibly in the past. I’d guess it wasn’t a love for the ages? No shame in that. Not every romantic relationship is something to write home about, or write a romance novel about. Maybe you should just stick to the fantasy aspect. You might be better suited to that.

And don’t berate reviewers. Most of us aren’t vicious. We’re just honest with our own opinions. If you have trouble with that, perhaps you should find a way to avoid reading the comments? Or get out of publishing.

My problem is this: even when she’s sober, Maddie continues to send antagonistic and insulting messages to Silver Fox. I understand why: Silver Fox is acting like an asshole! He continues to comment on Maddie’s personal life RIGHT AFTER HE APOLOGIZES FOR DOING SO EARLIER. I understand entirely why she’s angry.

But my tolerance for this conceit ended when she willfully engaged in unprofessional behavior and kept on contacting him. Yes, Maddie’s a new author. Yes, Silver Fox was totally out of line in talking about her personal life. But I just couldn’t tolerate her handling of the situation later when she’s sober and she’s been told repeatedly not to engage. She can’t claim ignorance!

I feel like this is one of those “I’m a doctor and I can’t read medical romances because the errors drive me wild” situations. Only in this case, it’s because I’m a reviewer and I’m horrified by all of their decisions, particularly Maddie’s. The only reason I didn’t DNF Dating by the Book is because I appreciated the eventual genuine apology on both sides.

The book takes great pains (mostly through BFF Layla) to stress that this kind of behavior isn’t okay, and I appreciate that. Their initial interactions made me cringe, but I thought that I would be okay once the antagonistic emails stopped. Unfortunately, they kept referring back to how they met, in a “wasn’t that silly and funny” kind of way. Every time, I suffered copious amounts of second-hand embarrassment. I do feel like I’m biased because I’m a reviewer, and it may be that I’m particularly sensitive, and that many readers won’t be bothered. But my second-hand embarrassment levels were off the charts, as was my irritation.

Maddie doesn’t have social media or have any earthly clue about her book’s publicity plan. I rolled my eyes a lot at her obliviousness, but mostly brushed it aside for the sake of the story. But one thing did make my jaw drop in disbelief.

Maddie sees an ARC of her book available for purchase on eBay. Despite being told by her editor that ARCs were sent to hundreds of book bloggers, her reaction is to wonder if her BFF Layla or Silver Fox is responsible for the crime. She interrogates an unsuspecting Layla by casually inquiring where her ARC is. And then she straight up asks Silver Fox if he sold her book on Ebay!

What — and I cannot stress this enough — the actual fuck? These are her friends! What is the point of this scene? To explain to readers that selling unreleased books is A Crime and we should all stay away from ARC auctions? The question doesn’t get resolved either. We never find out who sold the ARC. The only purpose this scene served was to introduce further ridiculous behavior from Maddie, and also irritate me.

I don’t care if a protagonist exhibits selfish and destructive tendencies during the book, as long as they acknowledge it eventually and strive to be better. This…doesn’t really happen here. Maddie exhibits incredibly selfish behavior throughout the novel and doesn’t properly apologize for it.

One of the most frustrating things about Maddie is her tendency to categorize real people as literary figures and treat them accordingly. Then, when their behavior contradicts her categorization, she is shocked that her label isn’t accurate. The men in her life are Wickhams, Darcys, Rochesters, and Gilbert Blythes. She analyzes their behavior via this lens, and makes wrong predictions and conclusions about their characters.

Toward the end, Silver Fox finally calls her on it:

“I used to think you were my Laurie, but you’ve always been my Gilbert Blythe, haven’t you? Gilbert was always going to end up with Anne Shirley.”

“Maddie, I’ve never been Gilbert Blythe. I’ve always been [redacted character name].” His nostrils flared, but his voice remained calm. “I’m not a hero in a book. I’m just me. I’ve been waiting for you to get your head out of the clouds long enough to see me, right here, just me. I just wanted you.”

I was ecstatic when this issue came up during the Black Moment. Finally someone calls Maddie out on her bullshit. Fast forward a couple chapters and… this issue doesn’t ever come up again! Maddie acknowledges her love for Silver Fox, but doesn’t address her ridiculous habit of viewing the world via a literary lens (which is understandable in small doses, but she takes it to a level that hurts herself). And in the epilogue, they compare themselves to Lizzie and Darcy. Sigh. What a wasted opportunity for Maddie to undergo self-reflection.

I wanted to like Dating by the Book so badly, especially because You’ve Got Mail is one of my favorite movies and tropes. But my feelings about the circumstances through which the protagonists meet and about Maddie’s increasingly frustrating decisions completely destroyed any positive feelings about this book. Maddie never seemed to learn from her behavior, and the combined effect, instead of warm fuzzies, was way too much second-hand embarrassment for me.

Dating by the Book by Mary Ann Marlowe