What is time anymore? Have some Cover Snark! Sneezy: Have we talked about this?

If the cherries are supposed to cutely hint at his virility, dangling them in front of the bear seems like a bad idea

Catherine: The bear is clearly about to steal his cherry.

In every sense of the word.

Elyse: Omg the author’s name is on the cherries.

Catherine: I like that at first glance the cherries spell out OTT. Which is about right for this cover.

Sarah: That guy looks like he is PISSED that this bear is ogling his cherries. Tara: I shit you not, this is the cover for an f/f thriller with a cop and doctor who are on the hunt for a serial killer. Now I want to know if the bird is the killer.

Amanda: The bird HAS to be involved somehow, right?

Tara: Look at its angry, beady eye. That bird has definitely been killing two or three people every year for twenty-three years…

Tara: Now I want it to be smoking a tiny bird cigarette while telling the tale

Maya: That book needs to exist

Amanda: Is anyone familiar with The Staircase?

Amanda: For those uninitiated into this bonkers case.

Claudia: Omg I covered that case!! I was living in Durham and working for the local paper. I was not the court reporter but we had 2-3 people there every day. I was so so major!!

I was there for most of the jury selection and oooh boy fun times.

Elyse: That bird killed someone. I refuse any other explanation.

Sarah: I’m on team bird. I trust its judgment. 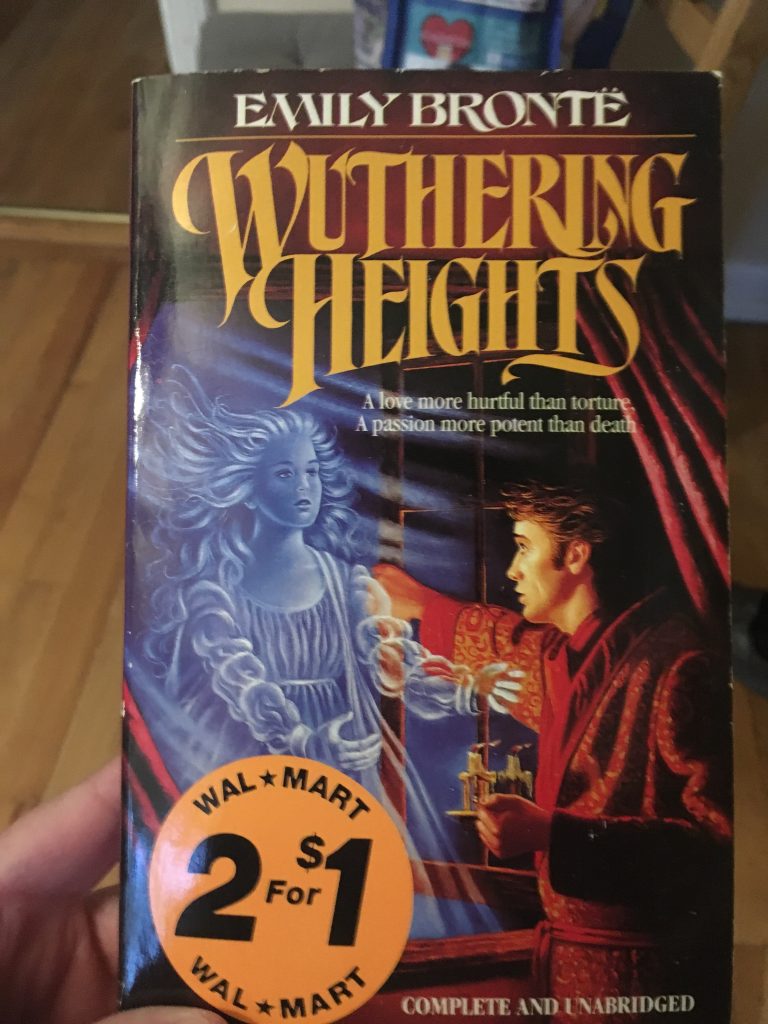 Carrie: Found at Friends of Library Sale. How could I not purchase something so gloriously awful?

Maya: Is that Heathcliff? Does he not know that ghosts can come through closed windows?

It’s been a while since I read Wuthering Heights, but I feel like Emily Bronte has a solid handling on things ghosts can do.

Amanda: Seems like a perfect time to relisten to:

Carrie: That is one bonkers video.

Elyse: WTF are her arms made of ?

Tara: Thank you, Susan! I was trying to remember which kids’ book author that cover reminded me of, but I was completely stumped. Susan: I feel like this one is maybe stacking too many templates on the male lead.

He’s a cowboy-singer (not a country and western singer, specifically a cowboy) and a firefighter

Elyse: His pants are confusing me.

Sneezy: Why is he so oily?

Amanda: Does he secrete the oil himself?

Sneezy: Do you think he needs a supplement for that?