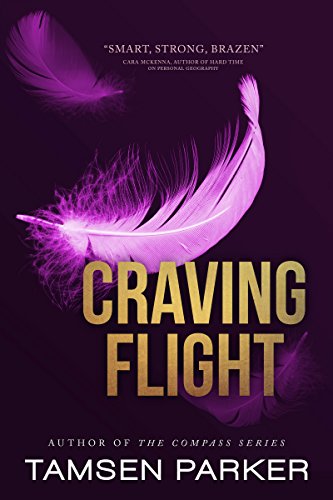 At least six different people in three different forms of media have contacted me to ask, “HAVE YOU READ THIS?!” But in a good kind of way, not in a “No, really, I need to tell you about the chocolate pie,” kind of way.

This novella is a compelling, immersive reading experience, and I mean that in all the best definitions of both words. I loved the immersion into modern orthodoxy, and the ways in which the heroine struggles to get things right, to keep traditions and facets of faith in the right way, determined to persevere in the face of neverending censure.

I should summarize. Zipporah is thirty-seven, and became Orthodox later in life, after her first marriage failed. Zipporah has suppressed a lot of her own desires, from her desire for more religious observance in her daily life, to her desire for submission and pain play in her sexual life. When her friend, the rabbi’s wife, matches her up with Elan, who runs the butcher counter at the local grocery, and they marry, Zipporah has to reveal the vulnerability of both her desires and the mistakes she makes that reveal her imperfections.

For Zipporah, however, her observances were meaningful because she chose them. She wasn’t born into an observant, Orthodox family – in fact her parents treat her as if she’s still going through a very inconvenient phase that she’ll recover from, maybe soon if they’re repeatedly clear in how unacceptable they find her choices. The Orthodox around her in her neighborhood are sometimes just as unwelcoming and cruel to her, because Zipporah is absent minded and often deep in thought regarding her studies as a professor, and she doesn’t always get the very specific codes of conduct right, and makes mistakes like accidentally using the dairy ladle in the chicken soup. But Zipporah chooses anyway, persevering despite the rejection and censure, and choosing repeatedly each time she wakes up to wrap her hair, to keep kosher, to observe the sabbath, etc. Her choice and consent are integral to her life in her religious community, and in her desire for domination.

Another parallel I liked: Zipporah is looked down on a bit because she’s so studious and often has her “head in the clouds,” to quote the story, whereas her husband’s brothers are constantly studying Torah, living admired lives as scholars, and her husband seems to regret having left his own study to run his family’s butcher counter.

Zipporah’s decision to tell her husband what she likes sexually is brave, but it pays off marvelously. Elan is not only familiar at domination, he’s a toy-owning, rope-braiding, intricate-scene-building expert. But of course having what she wanted sexually doesn’t make her marriage or her life outside of the bedroom any easier.

There were some repetitive elements that I found frustrating and confusing. For example, the sexual domination followed a repeating pattern of pain, sobbing, release, orgasm, and intercourse. Zipporah’s crying and sobbing out the internalized hurts of her daily life was part of their sexual relationship, and it bothered me that her emotional release was mostly limited to that one area of interaction.

But the ending was what bothered me most. The majority of the novella is nuanced and subtle, with a slowly building tension and an equally deliberate pace that introduces the reader to Zipporah’s life in her community, in her classroom, in her apartment, and in her choices to remove herself from her upbringing after her divorce and follow her desires to live a very observant life. There are a lot of emotional slights and hurtful moments that she absorbs, and she keeps going – I liked that about her. But in the end, those hurts weren’t sufficiently addressed and the resolution was too quick for me. The black moment seems to be devastating and terrible in one moment, and then easily moved beyond in the next because hey, that’s the end of the book already.

I’m struggling not to spoil this, so I’ll explain my problems but hide them below.

Show Spoiler
I thought that the hero showed up with too little too late. He should have stood up for his wife before, he should have explained himself more earlier, to her and to his family. I didn’t have enough demonstration of his promised changes of behavior to believe they were permanent.

Part of the tension rests on the fact that Zipporah and Elan marry after a short courtship, and don’t know each other well at all. I wanted to believe the best of him, but because I was so very intimately acquainted with Zipporah’s thoughts given the first person narration, and because he promised to change and then the book ended, I was unsure of and unsatisfied with the ending.

I wish there had been more about Elan, more room for him to reveal himself a little. Zipporah’s uncertainty about him, as I mentioned, was important, but I wanted to know how he knew so much about being a dominant, how he understood so quickly what it was she asked for sexually. He’s a great dominant, and a compelling character. And I appreciated that he understood Zipporah, and not in a, “I can magically sense your submissive nature with my magic peen that has its own sense of smell” kind of way.

He clearly understand what she wanted, and what she liked, because she TOLD him. But his degree of fluency and familiarity was puzzling because there was no questioning of why on Zipporah’s part, at least, not that she voiced aloud. Why did he know? Was there a line I missed that explained it better? Why did he know how and how did he have all the tools? What was with the rope expertise? Is there some intricate string tying involved in kosher butchery?

The story gains additional dimension through the multiple ways in which Zipporah learns to be her true self, even though her daily transformation and evolution are difficult every time. The tension grows as she worries if her husband, and his community, could come to accept her and value her without demanding that she change. Zipporah’s observance is important to her, and she demonstrates how much she values her life in her community with each ritual she performs. Her deliberate choice is part of what makes her a powerful heroine, and her character’s constant exploration of each piece of her observance allows the reader to better understand her and her religious life, and the reasons and tradition behind her rituals.

All of the people who told me about this novella were right, though: it’s very, very much worth reading. It’s satisfying and compelling and emotionally rich in both the emotional sense, but also in a cultural, almost world-building sense.

NB: Currently this novella is free, so if you’re curious, grab it now!