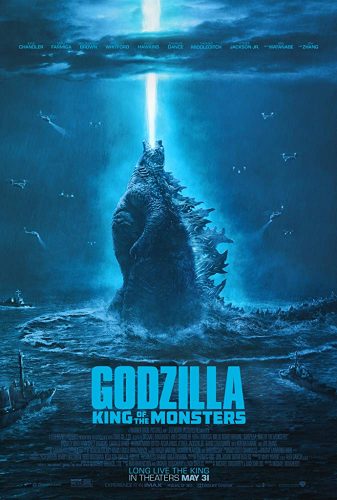 Godzilla: King of the Monsters is arguably one of the best bad movies I’ve ever seen. It’s terrible. It makes zero sense. It’s also completely aware of the fact that it’s terrible and makes zero sense, has fun with that awareness, and therefore transcends objectively awful into glorious F+ territory.

This movie is a messy, ridiculous delight.

This movie understands that we’re here for epic CGI battles between giant monsters and that we don’t need to understand how or why these monsters exist. We’re going in with the assumption that Godzilla is real and he’s going to need to fight somebody. This film is pure Kaiju pr0n, and it knows it.

So here’s where I normally add some plot summary. The thing is, this movie really has no plot. At least not a coherent one. The plot is this: Godzilla fights other giant monsters. This is a follow up of 2014’s Godzilla and also Kong: Skull Island but you don’t need to watch either of those movies to understand this one because there’s nothing to understand.

Okay, there was a little more plot than that, but it’s not amazing.

Basically there are giant monsters waking up all over the world, and they’re called Titans. There’s an agency called Monarch that studies them. Monarch wants to protect the Titans, some people want to kill them all (Godzilla destroyed San Francisco back in 2014), and eco-terrorist named Jonah Alan (Charles Dance) wants to wake up all the slumbering Titans and let them fight it out. He thinks we should worship them and that they’ll fix global warming.

But, Elyse, you say, how will a bunch of giant monsters fighting, and destroying cities in the process, fix global warming?

Fuck if I know. The movie doesn’t know either. The movie is very, very open about how little science means in this franchise.

I mean, the earth is hollow and Godzilla swims through it to get to places faster.

Yes, you read that correctly. The earth is hollow. Godzilla swims through it. 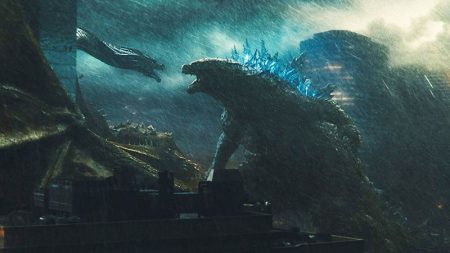 Also all the monsters are radioactive I guess? They kept throwing out terms about radioactivity, and I’m reading Midnight in Chernobyl right now, and I’d be pretty fucking concerned if I was in Monarch.

Anyway so all the Titans wake up. We get Mothra! And Mothra and Godzilla might be a thing and I don’t have any idea how that works anatomically speaking. Mothra is also apparently the only female Titan…but how do you even sex a giant, glowing moth-creature? (I Googled “moth sex” when I was thinking about that and I’m super excited for whatever fucked up recommendations I will now get based on my browser history). We also get Rodan and King Ghidorah, and a few other Titans who don’t have names. One of them is a spider-crab thingy and is made of all my nightmares.

Somehow they managed to CGI a permanently sarcastic expression on Rodan’s face, like he’s got an internal monologue where he’s shit-talking the movie as it progresses.

King Ghidorah is the Big Bad Monster, although we don’t know why. He just is. Roll with it. All he did was wake up, freak out, and eat a couple of people, which honestly seems pretty reasonable to me. 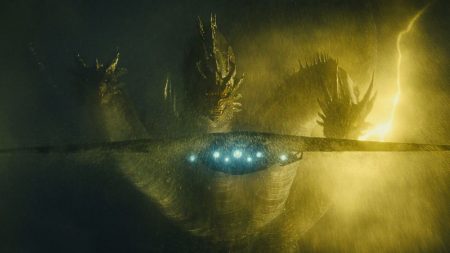 So now that all the monsters are awake they have to fight. Except Mothra and Godzilla because they’re a couple. Why do they need to fight? Fuck if I know. The movie doesn’t know either. It’s fine.

Click for epic batshit spoilers
Dr Serizawa has to travel down inside the hollow earth to a place where an ancient Atlantis-like city where they worshipped Godzilla had once been located, and he sets a nuclear device off right by Godzilla to make him better, sacrificing his life so Godzilla can save us all, apparently. He does it while he and Godzilla lovingly make eye contact, so it’s pretty good that he’s dead cuz Mothra would be pissed.

This movie relies heavily on special effects, most of them of giant monsters fighting each other. Yeah, there’s a human cast, but they know we’re here for the giant monsters. The people in this movie spend 98% of their time in airplanes and helicopters and submarines watching the Titans duke it out and providing color commentary. The only two people who actually do anything other spouting science jargon that doesn’t make sense or loudly declaring that the Titans are fighting each other (we know, guys) is Dr. Serizawa (Ken Watanabe) and Madison Russell (Millie Bobby Brown). Watanabe is reprising his role from 2014 except this time he’s allowed to have some fun with it. Brown plays the ubiquitous kid they somehow let into a top secret government facility where terrifying creatures are being hatched.

Bradley Whitford plays some science guy (Dr. Rick Stanton per IMDB) and he looks like he’s having the time of his life. He delivers the shit out of his ridiculous lines and all but winks at the camera while doing it.

The Titans inflict a lot of damage wherever they go, and two cities are destroyed in this movie. The violence is largely restricted to the monsters, though, and we only see a handful of people actually killed on screen. You do see a lot of people fleeing for their lives, and presumably not all of them would live, so if that kind of thing bugs you, you might want to opt out of this silliness. If you can suspend disbelief that no one was in the building Godzilla just stepped on, then this movie is totally worth seeing. It’s absolutely a spectacle worth spending theatre money on.

If you don’t need a plot other than “Godzilla fights other monsters,” are cool with science not being a thing, and want to watch a bunch of terrifying creatures battle it out while humans look on in terror, then this is the movie for you. It’s terrible, but it’s so terrible, it’s good.

Ed. note: Watch the trailer for the epic bit of poetry, “Our planet will perish, and so will we…unless we set Godzilla free.”