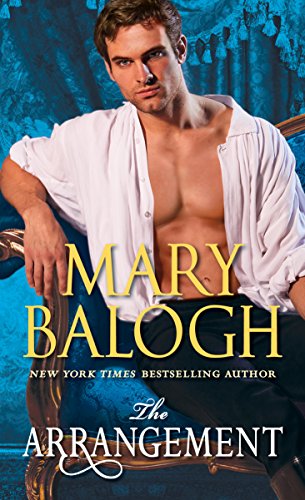 A mesmerizing story of passionate awakening and redemption, Mary Balogh’s new novel unites a war hero consigned to darkness with a remarkable woman who finds her own salvation by showing him the light of love.

Desperate to escape his mother’s matchmaking, Vincent Hunt, Lord Darleigh, flees with his valet. Blinded by a cannon blast on the Napoleonic battlefields, Vincent needs time alone to heal and reflect, away from the well-meaning meddling of his family and those who run his vast estate. But anonymity proves impossible even in the rustic reaches of a country inn, and soon another marital trap is sprung. Luckily, he is saved in time by a stranger with a captivating voice that stirs something deep inside. And when Miss Sophia Fry’s intervention on his behalf finds her unceremoniously booted from her guardian’s home, Vincent is compelled to act. He may be blind but he can see a solution to both their problems: marriage. Yet he never imagined a wedding of convenience would open his heart to a love he never expected.

Quiet, unassuming Sophia may be invisible to nearly everyone, but even a woman unflatteringly called “mouse” isn’t going to stay silent when an unsuspecting gentleman is about to be trapped into marriage. At first, she rejects Vincent’s proposal. But when such a gloriously handsome and heartbreakingly vulnerable man persuades her that he needs a wife of his own choosing as much as she needs protection from destitution, she agrees. Her alternative is too dreadful to contemplate.

The Arrangement by Mary Balogh