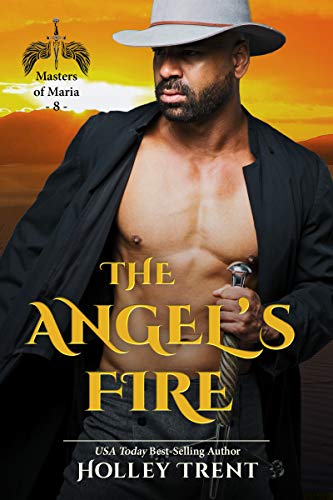 In sixteenth century Central America, the goddess La Bella Dama witnessed the explosion of a slave ship off the coast. A rare moment of softness to the benefit of some of the nearly dead compelled her to make a deal with the devilish fallen angel responsible for the disaster.

Four hundred years on, she and Tarik still get along like fire and gasoline, but he’s the only creature she’s ever encountered who can make her heart race.

While they may be uniquely equipped to withstand each other’s heat, she’s in no position to commit to such a dangerous being. She learned her lesson well enough already.

The last time she was humiliated by a lover, she created an entire race of shapeshifters out of spite. But it may be too late. She’s created something even more personal with Tarik—something that can turn her life upside down…and something that shouldn’t be possible.

The Angel’s Fire by Holley Trent