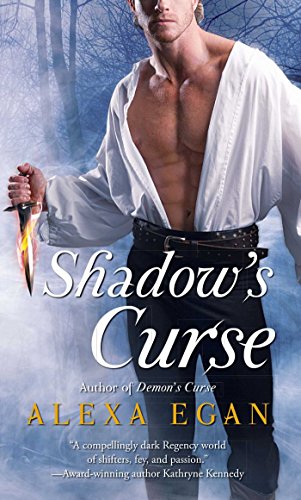 The second novel in the dark and sexy Imnada Brotherhood trilogy featuring shape-shifters in Regency-era England.

Suffering under a horrible curse and renounced by his clan, the Imnada shape-shifter, David St. Leger, stalks the London nights in the form of a large black wolf, channeling his desperate rage on thieves and murderers. But when he’s captured by the very woman he sought to rescue, he’s thrown into the magical and dangerous world of the Other—half human, half-Fey, and one of the Imnada’s ancient enemies.

Forced by her half-brother to use her gift of necromancy as a money-making scheme, Callista Hawthorne wants only to flee to her aunt in Scotland where she’ll be safe. Considering David her last hope, she offers him a deal—freedom in exchange for his protection on the long journey north.

Now in a race for their lives, Other and Imnada must put aside centuries of animosity and work together if they are to overcome the dark forces intent on stopping them before they reach safety. For Callista is far more powerful than she knows, and with her help and her love, David may finally be able to break the curse of the Imnada…