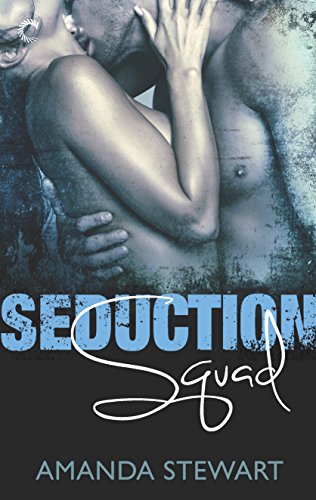 Introducing the Seduction Squad: because you can’t get intimate details without getting intimate

As a top agent in the Seduction Squad, Inge knows she’s got killer assets. A smile that entices, a figure with dangerous curves and a lethal talent that brings men to their knees—literally. Sex has a way of getting people to talk, and there’s no secret she can’t uncover.

But information is dangerous. When she’s kidnapped and held prisoner, Inge must use every skill she has to escape…that is, until she meets her captor. Jake is unlike anyone she’s met before: hard, cold and unresponsive to her charms. Tapping into his darkest, most illicit desires is the only way she’ll survive. He’ll force the answers out of her, but it’ll be her pleasure that ultimately binds them together.

Falling for her captor is against protocol. But sleeping with the enemy has never been so satisfying.