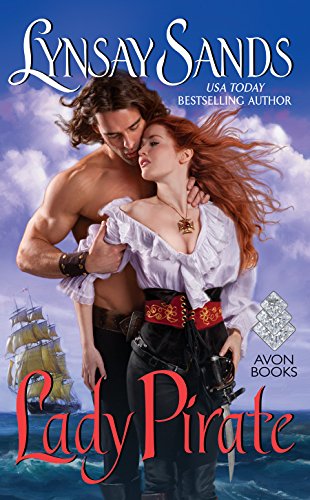 Valoree no longer has to masquerade as her murdered brother and scourge the oceans as Captain Red. She no longer has to command his pirate band in a quest to regain his birthright. She has been named heir to Ainsley Castle. But no executor would ever hand over the estate to an unmarried pirate wench and her infamous crew—no matter to whom she’d been born. And the will distinctly states that in order to inherit, Valoree must be married to a nobleman . . . and pregnant.

Upon learning that, the virgin captain is ready to return to the seas—but her crew has other ideas— and for those rascally cusses she would do anything. If they could find a way to put on her a sweet face that would fool the ton, she would handle the rest, even with a drunken prostitute as an “aunt” and her merry cutthroat crew as “servants.” But to herself she swears one thing: she will only marry a man who fires her blood, a man who is not afraid of a . . . Lady Pirate