Just for Him: The Complete Series 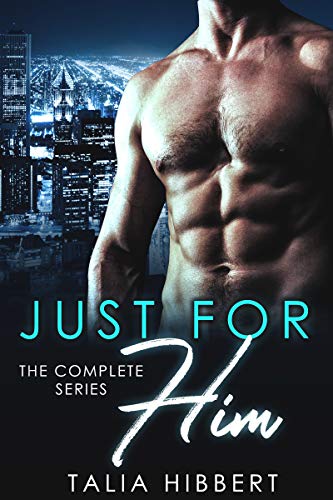 A harsh businessman and a passionate career woman. A misunderstood ex-con and a strong-willed ballerina. A reckless sports star and a defiant tattoo artist.

Enjoy three steamy and suspenseful stories set against the grit and glamour of the United Kingdom. Read all 180k words of intense, interracial romance at the lowest possible price. No-one does dirty like the Brits…

Bad for the Boss

Nobody denies the boss. Until her.

Theodore Chamberlain’s known for his laser-sharp focus and blunt demands—in the boardroom and the bedroom. The anti-social millionaire has never mixed business with pleasure before… but for a fierce new employee with knockout curves, he’ll make an exception.

Jennifer Johnson knows better than anyone that life is tough. Why complicate things by risking the job she loves for a lust that can’t last? Her boss may be hotter than hell—but Jen’s the one who’d end up burned. Trouble is, Theo’s mightily persuasive, surprisingly sweet, and extremely difficult to resist.

When a threat from Jen’s past resurfaces, her powerful boss becomes her unflinching protector. Can Theo save Jen from the evil that stalks her? And will Jen ever give into her desires and dare to be bad for the boss?

Undone by the Ex-Con

Is she strong enough to seduce her greatest enemy?

Isaac Montgomery is a millionaire, a murderer, and high society’s latest novelty. After all he’s been through, it should take more than a prima ballerina with a cut-glass accent to get under his skin. But when Isaac meets Lizzie Olusegun-Keynes, he doesn’t just lose his cool. He f$*king melts.

After a recent diabetes diagnosis, Lizzie is losing control of her body, her career—and, it seems, her desires. She shouldn’t want a man as coarse and cruel as Isaac, but the lust between them burns just as bright as their hatred. And when Lizzie’s beloved brother is threatened, the issue is taken out of her hands.

Whether she wants to or not, she will pursue Isaac; her brother’s safety depends on it. There’s only one problem: she’s starting to fall for the brooding, secretly sweet ex-con. The ex-con she must betray.

Sweet on the Greek

This soccer star is determined to win… his woman’s heart.

For millionaire footballer Nikolas Christou, one look is all it takes. The minute he sees Aria Granger, he’s a goner. Playboy Nik knows lust—intimately—but his need for Aria goes far beyond that. Of course, the plus-sized beauty isn’t interested in romance… but Nik isn’t interested in giving up.

Aria Granger has sworn off relationships for her own good. After all, her ex nearly murdered her best friend, so clearly her taste is questionable. When charming, gorgeous Nik bounds into her life, Aria can’t decide if he’s as innocent as he seems… or if her bullsh*t-ometer is broken.

The super-sweet sports star claims he needs a fake girlfriend to protect him from ‘misunderstandings’. And Aria, with her tattoos, piercings and dangerous scowl, fits the bill. But there’s no way a guy as handsome as Nik can be that bad at handling relationships. Can he?

Just for Him: The Complete Series by Talia Hibbert