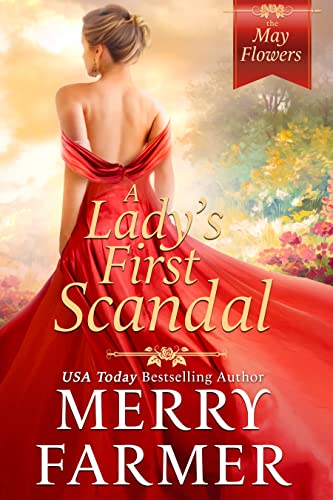 Four years ago, Lady Cecelia Campbell fell head over heels in love with Lord Rupert Marlowe, the young Earl of Stanhope. Everybody knew they would marry and live happily ever after.

But then Rupert did the unthinkable. He took up a commission as an officer in the army and left England for a post in the Transvaal. Cecelia was left alone in England, loving, yearning, and worrying about him from a distance.

Now Rupert has returned. He is ready to take up his seat in the House of Lords, to take over the administration of the Stanhope estate from his mother, Lady Katya, and most importantly of all, to finally marry Cecelia.

Cece isn’t the same woman Rupert left behind, however. She has grown and flourished and become a woman of strength and opinion. And she’s not going to sit back and let Rupert get away with leaving her for so long.

But when Cece takes a stand and declares her independence in a very public way, the scandal her defiance causes blows every expectation for her future happiness with Rupert to smithereens. It also gains her an exclusive invitation to join the elite group of politically-minded women known as the May Flowers. But the May Flowers are a group of shocking, defiant, sometimes wicked women. They are a bundle of scandals waiting to happen.

Can Rupert convince the new, more powerful Cecelia to forgive him for abandoning her, and can he woo her all over again? Will the scandal of their break-up tear them apart forever, or will it make their love stronger…and hotter?