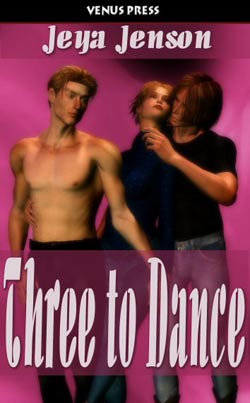 Candy: Wow. Is there a name for people who like having group sex with mannequins? Les freaques aux plastiques? Jesus. And I thought Furries were bad.

The hand placement for the guy on the right is also muy, muy creepy. Makes me think he’s about to pop her head clean off, then run around the house swinging her head manically before hanging it from the ceiling fan.

Sarah: I have often asked myself, “Self, what ever happened to Clay Aiken?” Self, now you know.

Nothin’ sexier than a skinny man with no shirt. And a shoulder-sunburn. From being buried up to his clavicle.

Oh God. That woman sure has some bitchin’ bangs and maroon eyeshadow, though I guess I should be grateful it’s not aquamarine. And the way the man’s hand is curved around her right hooter makes it seem as if it has no give at all. You’d think in the far future that plastic breastables would be more realistic, but apparently not even science that allows us to conquer faster-than-light travel can make breast impants lose that jello mold look. WORST. COVER. EVER.

Sarah: Candy totally has me beat on the “Dude, who does that dude look like?” contest. That dude totally looks like Jason Mewes. That’s so sad. Jason Mewes with a Legolas hairdo.

And that is the most horrid cover I have ever seen. Dear God. I need to lie down. 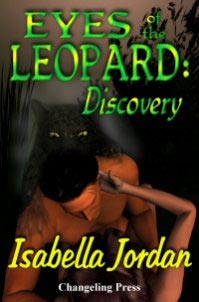 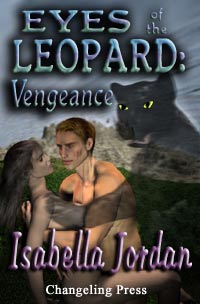 Candy: Guy: I’m either constipated, or like Keanu Reeves, this is my Look of Passionate Intensity.
Girl: Is it in yet? I’m kind of bored.
Leopard: WOO, TITTY! Even ghostly leopards need titty. Oh yeah. OH YEAH. Much better than that chick’s from Victorious Star.

And once this guy leans over he’s going to get it up the ass, too.

Sarah: “Even ghostly leopards need titty.” A truer saying was never, er, said. *sniff* Just the price of a cup of coffee each day could give ghostly leopards their own titty. Imagine the difference you could make.

I won’t even go near my normal “What was the art department thinking?” ruminations. I can’t even imagine, unless their goal is to Not Sell Books.