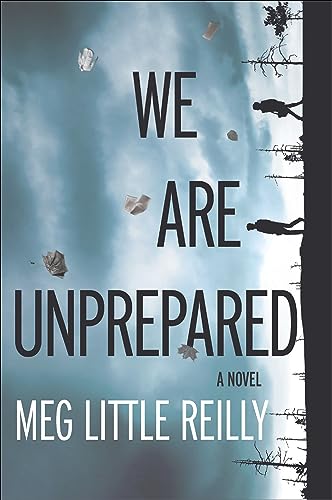 We Are Unprepared is a novel about the next big storm, the one that changes our relationship to nature and each other…the superstorm that threatens to destroy a marriage, a rural Vermont town and the Eastern Seaboard when it hits. But the destruction begins months earlier, when fear infects people’s lives and spreads like a plague.

Ash and Pia’s move from Brooklyn to the bucolic hills of Vermont was supposed to be a fresh start—a picturesque farmhouse, mindful lifestyle, maybe even children. But just three months in, news breaks of a devastating superstorm expected in the coming months. Fear of the impending disaster divides their tight-knit rural town and exposes the chasms in Ash and Pia’s marriage. Ash seeks common ground with those who believe in working together for the common good. Pia teams up with “preppers” who want to go off the grid and war with the rest of the locals over whom to trust and how to protect themselves. Where Isole had once been a town of old farm families, yuppie transplants and beloved rednecks, they divide into paranoid preppers, religious fanatics and government tools.

We Are Unprepared is an emotional journey, a terrifying glimpse into the human, environmental and cultural costs of our changing earth. But hope awaits on the other side.

We Are Unprepared by Meg Little Reilly