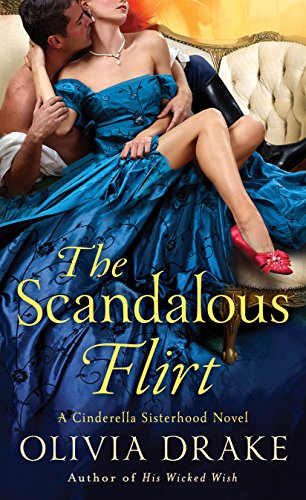 Scandal begins with just one kiss. . .

Aurora Paxton was once the belle of the ball, the most sought-after debutante of the season―until a scandalous mistake ruined her. Shunned by her family, Rory was banished to the country to live in disgrace. Now she’s been summoned back to London by her stepmother, who is being blackmailed by the least likely person Rory can imagine: Lucas Vale, Marquess of Dashell.

Lucas is someone Rory’s known for years―a man as devastatingly handsome as he is coldly disapproving of her. What in the world could he want from her or her family? Rory intends to find out as soon as she comes face to face with her old foe. What she never expects, however, is that the icy aristocrat has a soft spot for her―and a secret plan to redeem her status. Could it be that Lucas has been in love with Rory all along. . .and has finally found a way to win her heart?

The Scandalous Flirt by Olivia Drake