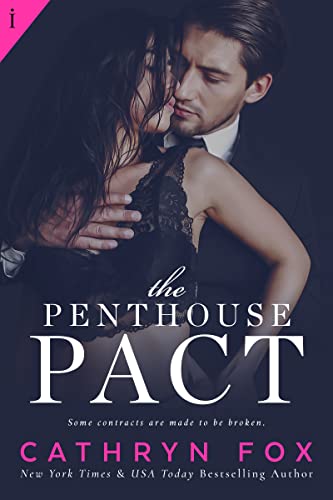 Billionaire software developer Parker Braxton knows everyone wants something from him. That’s why he made a multi-million-dollar bachelor pact with his friends to never marry. But he never counted on running into, literally, the quiet but sensual Layla Fallon.

Layla isn’t afraid of hard work. Still, there is no light at the end of her student-loan tunnel. When Stuck-Up Suit—Parker Braxton—accidentally runs her over, it’s the last things she needs. She refuses his help, but he’s persistent. He’s also handsome, kinder than she ever expected, and she’s doing her best to ignore her attraction. Which is harder than it sounds when she’s recuperating at his penthouse.

The Penthouse Pact by Cathryn Fox