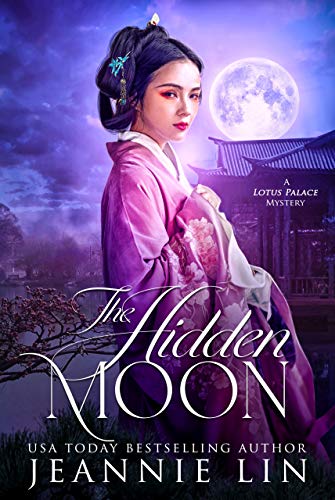 Impetuous and well-educated, young Lady Bai has always been the forgotten daughter between two favored sons. However, when Wei-wei’s older brother is tasked with investigating a high-profile assassination, he turns to his clever younger sister for assistance.

Gao is a street-wise scoundrel with a checkered past and a shady reputation. He knows better than to set his sights on the high-born Lady Bai, but when she asks for his help, he can’t refuse.

As the unlikely pair chase down a conspiracy that reaches from the gutters of the capital to the imperial palace, Wei-wei is intent on seeing justice done, while Gao is determined to solve the mystery just for her – even if the attraction between them can never be more than a moment’s longing.

The Hidden Moon by Jeannie Lin