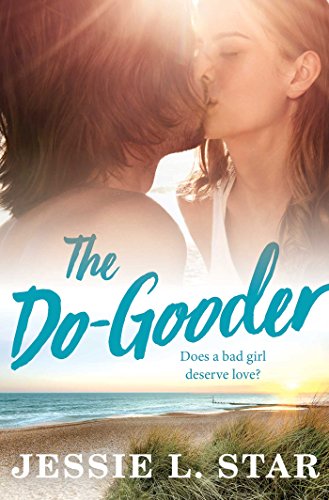 A college girl tries to make up for her bad karma by doing one good deed for anyone willing to ask—a witty, sweet romance perfect for fans of Christina Lauren and Abbi Glines.

Lara Montgomery is no good. Having been scorned by her classmates since high school, she’s used to it. From where she’s sitting, the one with more notches on the bedpost has more fun anyway. At least, that’s what she tells herself.

Really, a small part of her hopes that her massive amounts of bad karma can be neutralized by wearing her Do-Gooder hat—that thing she does where she’ll complete one good deed for anyone who asks. And she does an amazing job at it, if she does say so herself. Still, there’s one thing she knows she can’t make better, no matter how many problems she solves for other people: on the night her brother died, she was off hooking up with his not-so-single best friend, Fletch.

It’s been three years since that night, and Fletch just wants her to let it go. To him, her persistence with the good deeds only serves to remind everyone in their small university town about what they did. As it is, they can’t help but get into a heated argument every time they run into each other on campus. And yet, neither of them can seem to stop that pesky electricity that runs between them whenever they get too close….

The Do-Gooder by Jessie Star