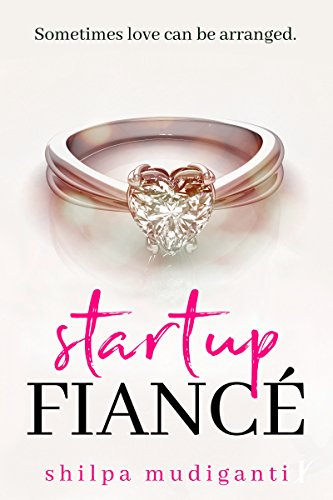 Sometimes Love Can Be Arranged.

Arav Shetty had it all. The handsome, self-made billionaire topped the list of New York’s most eligible bachelors and sat at the helm of the city’s biggest tech empire. He also had a plan – buy out the brilliant upstart nipping at his heels, and dominate as the biggest and best tech company in New York.

The strategy had worked for him in the past. He had the resources and skills to pull it off. And, he was determined to overcome his father’s dark legacy, and prove he had what it took to stay on top. Nothing would distract him from his goal. He’d buy out his biggest rival but the company’s owner, Nisha Jain wasn’t the pushover he believed.

Nisha Jain had a plan, too. Born with a silver spoon in her mouth, her early years had been a carefully scripted fairy tale. She was determined to make everyone sit up and notice when she achieved stupendous success – without her father’s money or brand influence. She knew she was on the right path when her biggest competitor wanted to meet with her.

But when they met, nothing went as planned.

Neither expected the instant spark of attraction, nor the hurtful words tossed around like confetti. With meddling family members and an arranged marriage thrown into the mix, the fate of both companies – and Arav and Nisha’s undeniable attraction – hung precariously. What was supposed to be a cakewalk became more complicated than either ever imagined.

Compromises needed to be made. But between a billionaire whose life work is on the line and an heiress out to prove her own worth, who would blink first?