Speaker of the Lost 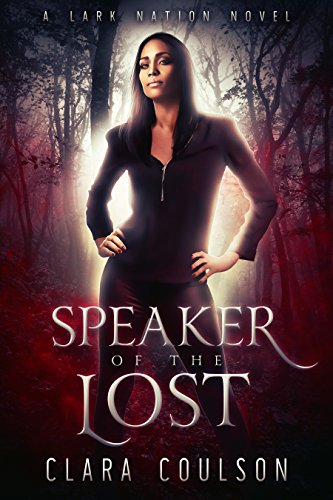 In a sleepy town in coastal Maine, a dangerous storm is brewing…

Stella Newport is the new kid on the block in the FBI’s Paranormal Squad. With three training missions left to ace and enough drive to nail them blindfolded, she’s well on her way to securing her place among the ranks of the elite agents known as “Larks.”

After magic practitioners brazenly destroy a massive convention center, supernatural crime rates surge across the United States. With the regional paranormal crime-fighting group—DSI—overtaxed, and the Paranormal Squad woefully short on manpower, Stella is pulled out of training early and shoved on a plane to a small New England town.

Her mission? To assist the infamously moody Oswald Bolton, known as the “Great and Terrible Oz,” with a complex murder investigation.

In the town of Bismuth, Maine, an ancient creature has come calling, and it’s up to Stella and Oz to unravel the myriad secrets of a tight-knit (and tight-lipped) community…before another head goes rolling and another body falls.

Speaker of the Lost by Clara Coulson