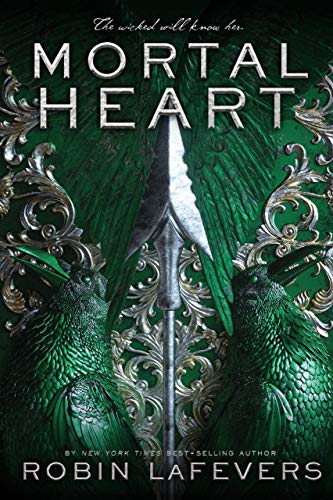 The powerful third book in Robin LaFever’s critically acclaimed New York Times bestselling His Fair Assassins series perfect for fans of Sarah J. Maas, Kristin Cashore, and Victoria Aveyard leaves Annith with a desperate decision to make that not only affects the future of Brittany, but the destiny of the god of Death Himself.

In the powerful third book in Robin LaFever’s critically acclaimed New York Times bestselling His Fair Assassins series, tensions between Brittany and Frace continue to rise as Annith watches her gifted sisters at the convent come and go, carrying out their dark dealings in the name of St. Mortain, patiently awaiting her own turn to serve Death. But her worst fears are realized when she discovers she is being groomed by the abbess as a Seeress, to be forever sequestered in the rock and stone womb of the convent. Feeling sorely betrayed, Annith decides to strike out on her own. She has spent her whole life training to be an assassin. Just because the convent has changed its mind, doesn’t mean she has.

Combining romance, action, and political intrigue, Mortal Heart delivers a breathtaking conclusion to the war between Brittany and France…for now.