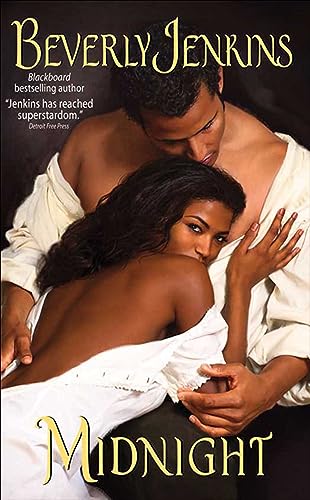 In a time of peril, she fears nothing—except the forbidden passions of her heart.

In Boston, revolution is in the wind—yet none would ever suspect Faith Kingston of treason. But under cover of darkness, the beautiful daughter of a Tory tavern owner becomes thenotorious spy “Lady Midnight,” passing valuable secrets to the rebels. Dedicated to fighting British tyranny, she’ll let nothing distract her— until a dark, mesmerizing stranger enters her life.

A reckless, worldly adventurer, Nicholas Grey has returned to troubled Massachusetts seeking revenge for the death of his rebel father. He suspects a local innkeeper, but it’s the man’sbreathtaking, ebony-skinned daughter who has truly captured his interest. Nicholas burns for the sensuous, secretive lady—and Faith cannot mask her own blazing desires. But when destinyunites their causes, the passion that draws Midnight into Nicholas’s arms is as dangerous as it is glorious—and it could spell disaster for them both.