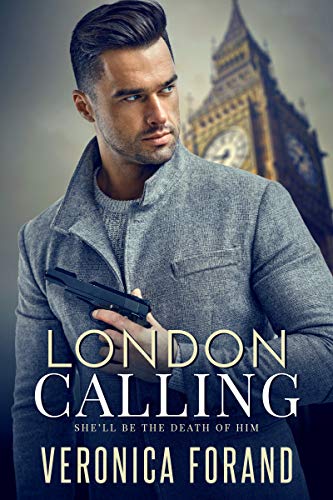 Small town police officer Emma Ross loves her simple life––but it takes a hard turn into crazy when she’s kidnapped by MI6 and is put under the protection of an over-bearing, albeit sexy, Scotsman. A man who believes she’s lying to protect her father—a father whom she had no idea worked for British Intelligence and is now missing.

Liam Macknight’s partner was assassinated and he’s certain Emma’s father had something to do with it. But the stubborn woman isn’t talking, and she’s determined to get herself killed trying to find out the truth. Locking her in a room does no good––he tried that. So he’s forced to work with her, even if he’s not sure he’ll ever be able to trust her.

When he’s assigned to kill her dad to protect the identity of British spies in the Kremlin, he knows what little trust they’ve gained is about to be destroyed forever…