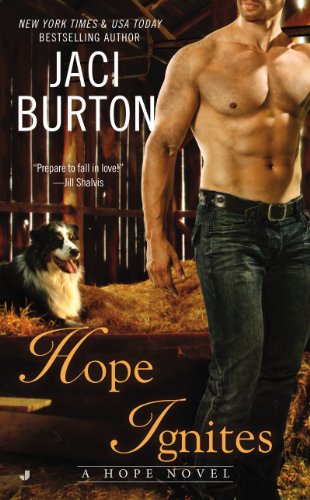 From the New York Times bestselling author of Hope Flames and the hot new Play-by-Play novel, Melting the Ice, comes an all-new novel of small-town romance, second chances, and hope…

When a movie crew asks to film on his cattle ranch, Logan McCormack doesn’t expect Desiree Jenkins, the young star with the bad-girl rep, to be so open, so down-to-earth, or so intimately interested in him. But the last thing a loner like Logan needs is a distraction like Des, who wouldn’t understand what it’s like to live peacefully off the land.

But it’s Logan who doesn’t understand. What Des wants is an escape from paparazzi and gossip columns, and she’s found it at Logan’s ranch. Now it’s up to her to prove that she’s like any other girl looking to be accepted for who she is. And she’s hoping that it’s by this real-life cowboy who has everything it takes—and more—to give her the kind of happily ever after that can’t be found in the movies.