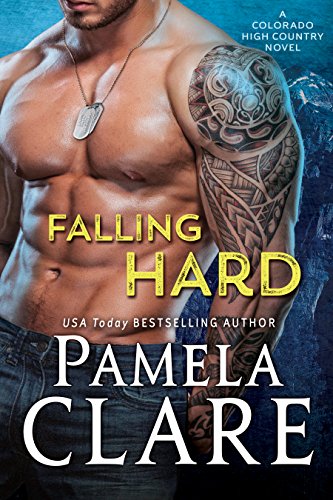 Ellie Meeks promised her pilot husband that if he was killed in combat, she would live her life to the fullest. Three years later, she is still alone, raising the twins he never met. She has no interest in dating or meeting men—until one snowy night when a stranger helps her get her sick kids safely home. That stranger turns out to be a former Army Ranger and a member of the elite Rocky Mountain Search & Rescue Team. He’s also tall, rugged… and irresistibly sexy.

All it takes is one kiss…

Jesse Moretti came to Colorado to get Iraq out of his head, using the adrenaline of extreme sports and high-risk mountain rescues to keep his mind off the past. But getting involved with Ellie might be the riskiest thing he’s ever done. It’s not just their explosive chemistry. There’s something about Ellie that gets inside him, opening him to feelings he’s tried hard to ignore.

Ellie feels alive in Jesse’s arms and happier than she ever thought she’d feel again. But their relationship comes at a price for him, and soon Ellie sees that she must help Jesse fight the demons of his past to protect the love of a lifetime—and save the heart of a hero.