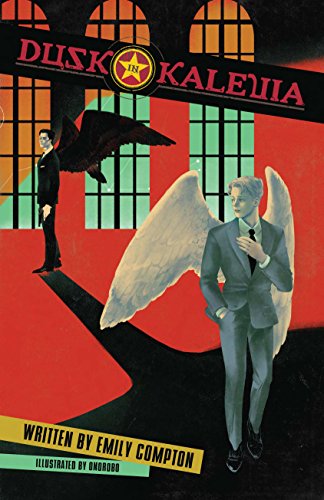 Like most secret agents, Toivo Valonen is not what he seems. An angelic embodiment of hope living on earth in the guise of a human, he has acted throughout history as a source of wartime inspiration and comfort. In the year 1960, he embarks on an undercover mission in the Communist state of Kalevia, allied with a rebellion against the government–and pursued by rival agent Demyan Chernyshev, a dark angel in the employ of the KGB. But as Toivo’s mission is complicated by his explosive past with Demyan, the two of them discover that a young human couple may be the key to the Kalevian conflict. The otherworldly spies begin a dangerous game, only to end up in a conspiracy that could bring the entire country to its knees.

Dusk in Kalevia by Emily Compton