A Treason of Truths 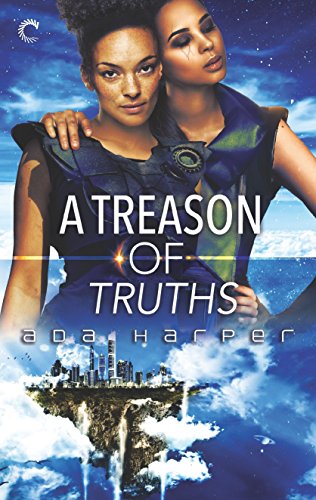 Now head spymaster, Lyre’s loyalty lies with Sabine, the Empress she has loved since childhood. But when Sabine visits the secretive Cloud Vault, the floating citadel home that Lyre betrayed, Lyre’s elaborate web of lies starts to untangle. Her very presence threatens Sabine’s future, and Lyre will do whatever it takes to protect her lover…even if that means sacrificing herself.

Empress Sabine Corvus has lived a life of service, pushing aside her own desires for the greater good. With the Empire teetering on the brink of war with the traitorous Syndicate, she cannot afford to show weakness. Although Lyre’s spymaster skills are her greatest weapon, their bond is Sabine’s Achilles’ heel. Regardless of the price, she will not give Lyre up.

A Treason of Truths by Ada Harper