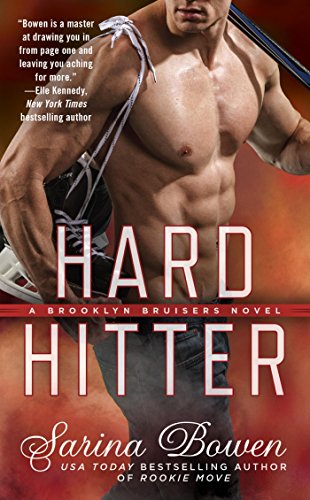 Sportsball romances are usually not my thing because my understanding of professional sportsing is very limited. All I know is that it usually involves a ball of some kind and that it’s acceptable for the dudes to pat each other on the butt. The last sports book I read was League of Denial so that should tell you something right there.

Now, I make an exception when it comes to hockey for two reasons. 1. my husband is a huge Chicago Blackhawks fan and some of that has trickled over to me and 2. Patrick Sharp.

This is Patrick Sharp, formerly of the Blackhawks, now of the Dallas Stars:

Patrick Sharp, ladies and gentlemen. The reason Elyse watches hockey. I mean, I still couldn’t tell you what icing is or any of the rules other than the puck goes into the other guys’ net and you stop fighting when the ref intervenes or someone goes down. Therein lies my hockey knowledge.

So anyway, when I saw Sarina Bowen had a hockey romance with a hero named Patrick I had to read it–and I’m glad I did because it works really, really well as a contemporary romance and it has some incredibly hot sex scenes (light role-playing and tantric sex anyone?). I liked it so much that I’m going to go back and pick up the first book in the series Rookie Move (although Hard Hitter totally works as a standalone).

Patrick O’Doul is the team captain and enforcer for the fictional Brooklyn Bruisers. He’s not having a great time of it lately. Patrick is in his mid-thirties which is getting up there for a professional hockey player, especially one who is expected to get into fights. He’s struggling with his pain, over-relying on prescription medication, and having feelings of anxiety and dread before games.

Patrick is a loner and he likes it that way. He had a tough childhood and he doesn’t let people in close to him. He’s ordered to spend time with the team massage therapist/ yoga instructor for pain relief, which he definitely doesn’t like because he has a huge crush on Ariana Bettini, so having her rub down his naked body is a little bit awkward. Also Patrick shies away from physical contact of the affectionate type.

The first part of the book is Ari trying to figure out why Patrick is being such a dick-waffle to her and trying to get him to accept massage as a way of alleviating his pain. Ari also has her own shit to deal with, namely that her asshole ex is stalking her. She finally broke it off with him when his abuse turned physical, but now he’s terrorizing her from the shadows. Ari, like a lot of victims of abuse, feels shame that she “let this happen” or didn’t end it sooner, and she’s afraid to talk about what she’s going through. 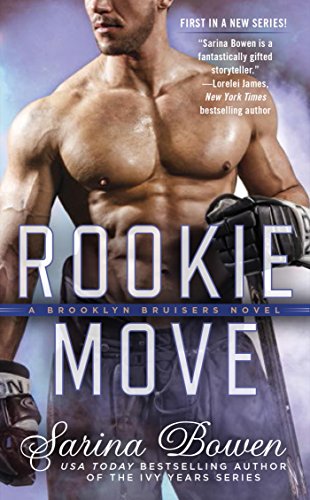 A | BN | K | AB
Patrick and Ari are forced to spend a lot of time together because she travels with the team and because he’s supposed to be getting massaged regularly. The intimacy of the massage setting (I seriously get this–I swear I use my massage therapist for talk therapy, poor woman) creates a little bubble where romance blooms. Pretty soon it’s grumpy, evasive Patrick who is madly in love with Ari and trying to woo her.

Ari for her part isn’t ready to be in a relationship because she just got out of (and is still dealing with) a really, really shitty one, and I think that’s excellent rationale on her part. The conflict isn’t that her ex is lurking around being an asshole (although that’s part of it), it’s that she isn’t ready for something new after that kind of trauma. This actually makes a lot of sense to me and seems like a very sound decision.

Another thing that I liked is that Patrick is incredibly gentle for a guy who is paid to beat up other guys. He’s also patient and understanding with Ari. At one point he buys her a gorgeous birthstone necklace and she feels like she can’t keep it because it’s too much. She tells him they need to stay friends and quit being lovers:

An hour ago he would have thought it would be devastating to be rejected by the only woman he ever really wanted. But there she sat, two feet away, needing him to understand. So while he wished her decision were different, it wasn’t hard to agree. Sliding down the sofa a foot or so, he gathered her into a giant hug against his favorite tie. “I care about you too much to say no.”

“Thank you.” She took a deep breath and wrapped her arms around him. “I’m sorry.”

“Then wear it sometimes, and remember that your birthday is coming. Because by the time August rolls around, I’m betting a whole lot of the bullshit in your life will be finished. You’ll be out to dinner with your girlfriends and thinking, hell, that year sucked. But things are looking up.”

“Thank you,” she whispered, her hand on the knob.

He didn’t have to ask what she meant. It sucked that she didn’t want everything he wanted to give her. But if she wanted to be friends, he’d do it. He’d do anything she asked. He bent down and kissed her forehead. Just once. It was enough to fill his head with her lavender scent, he had to hold back a sigh. “You’re welcome. Now let’s go eat rich food and rub elbows with the owner.”

You know what’s sexy? A man who respects boundaries.

There were a couple other things that I really liked about this book. At first I thought that because Patrick was this big tough guy, the solution to Ari’s stalking problem would be him going all caveman and pounding the shit out of her ex. While that would be satisfying on some level, it would also be solving toxic masculinity with toxic masculinity. Patrick doesn’t do that. He helps Ari take correct and legal steps to get rid of her ex. He makes sure she doesn’t go home alone and that the door is locked before he leaves. He loans her and her girlfriends his apartment when she needs sanctuary.

Which brings me to the other thing I loved–Ari has girlfriends! She has supportive female friends who take care of each other! Imagine that! We need more girlfriends in romance, seriously.

So for a non-sports romance type of girl, I was totally swept up by Hard Hitter. I’m adding Sarina Bowen to my auto-buy list. This was the mature, sexy, intelligent contemporary romance I so wanted and a great way to start the new year.