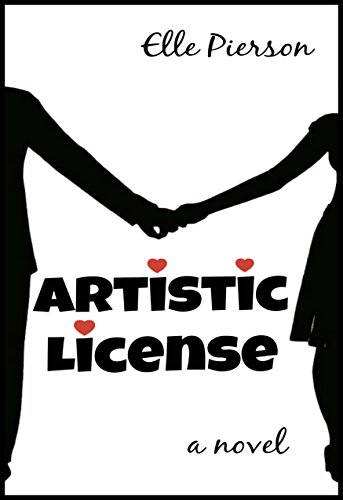 I grabbed this with fast grabby hands when Mandy at Smexxybooks mentioned that Elle Pierson was also Lucy Parker and, well, y’all know how I feel about her book Act Like It.

Sophy is at an gallery opening with her art school class when an attempted theft marked by a smoke bomb sets off Sophy’s severe asthma. Mick, one of the security consultants guarding the collection, rescues her, and then finds out she can provide detailed sketches of the people who orchestrated it. He already knows that she’s got a sketch of him in her notebook – he saw her drawing it during the exhibit.

Mick’s issue is that he’s really not attractive. He knows it, and he’s sort of accepted that fact about himself. Sophy finds his face, his demeanor, and pretty much everything about him completely fascinating – but not in a gawking, unkind way. She thinks he’s compelling, both personally and artistically. After they’re thrown together by art, smoke, and sketches, she asks him to model for her to prepare for a massive sculpture project she’s undertaking for a competition. Mick isn’t very trustful of anyone, but he agrees. 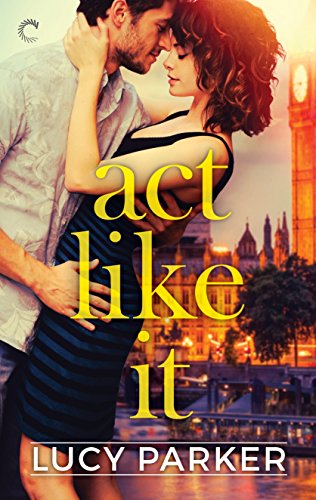 A | BN | K | AB
This is an earlier book, and it sort of shows. I could see some of strengths I found in Act Like It – emotional resonance, creatively talented characters living deeply artistic lives, solid world building, and terrific, realistic dialogue. Whenever characters were talking, my brain was 2500% there for all of it.

I could also see where the plot could have been more consistently developed. It moved in little steps then BIG HUGE LEAPS, and the evolving conflict between Mick and Sophy didn’t always support those massive leaps in their relationship. There’s also an uneven suspense plot that was mild but also somewhat unnecessary. As the romance moved forward, though, the mysteries seemed less vital.

The attraction between the characters was evident in every interaction, though. The internal conflicts – Sophy’s shyness and deep introversion, Mick’s distrust of people and justifiable caution with women – kept me up late reading, and their careful romance gave me deep-seated chest tingles. The impact was not as great as with Act Like It, but I got hit in the feels.

“Picasso would have loved his face.”

When of the world’s prestigious art collections comes to the resort town of Queenstown, New Zealand, shy art student Sophy James is immediately drawn to the pieces on display – and to the massive, silent, sexy presence keeping watch over them. She’s completely fascinated and attracted by the striking planes and angles of his unusual face, and can’t resist sneaking out her pencil when he’s not looking.

Security consultant Mick Hollister is used to women looking at his ugly mug – but not with the genuine pleasure he sees in the face of the girl with the charcoal-smudged fingers and terrible skills at covert surveillance. A security breach brings the two into fast and furious collision, and an unlikely friendship begins to blossom. And an even more unlikely – and very reluctant – love.

Introvert Sophy is content with her independence and solitude. She’s never looked for a long-term relationship, and isn’t sure she wants one now. Mick, apparently born with a face that not even a mother could love, has given up all hope of having one.

They have nothing in common. They shouldn’t even like each other. And they can’t stay away from one another.