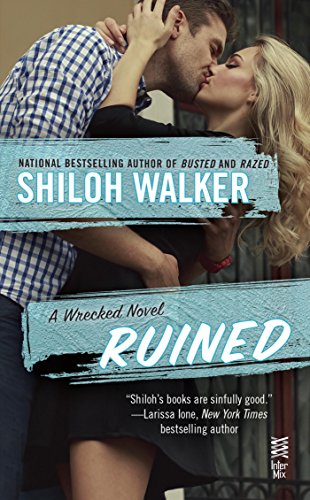 As one of the Barnes brothers, Sebastien has always felt blessed. Not only does he have an amazing family, but he’s become a Hollywood golden boy who has everything he’s ever wanted—with one exception. He’s had a thing for Marin since he was a kid, but when he finally summons the courage to ask her out, she turns him down. Marin is ready to settle down, she wants commitment and stability, and Sebastien is still too much of a playboy, caught up in the wild life of the spotlight.

Still reeling from the rejection, Sebastien’s luck runs out later that night when he saves a girl from an assault. The shining knight role fits him just fine, but his armor—and his perfect life—become tarnished when the near-deadly attack lands him in the hospital. Physically scarred, he gives up acting and retreats from everybody.

If anyone can pull Sebastien back from the abyss, it’s Marin. But first she has to convince him that beauty is not only skin deep…