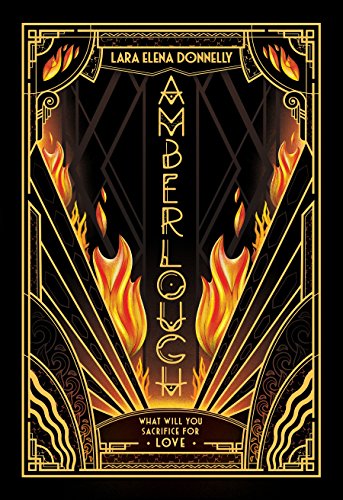 Welcome to Amberlough City, the illustrious but corrupt cosmopolitan beacon of Gedda. The radical One State Party — nicknamed the Ospies — is gaining popular support to unite Gedda’s four municipal governments under an ironclad, socially-conservative vision.

Not everyone agrees with the Ospies’ philosophy, including master spy Cyril DePaul and his lover Aristide Makricosta, smuggler and emcee at the popular Bumble Bee Cabaret. When Cyril’s cover is blown on a mission, however, he must become a turncoat in exchange for his life. Returning to Amberlough under the Ospies’ watchful eye, Cyril enters a complex game of deception. One of his concerns is safeguarding Aristide, who refuses to let anyone – the crooked city police or the homophobic Ospies – dictate his life.

Enter streetwise Cordelia Lehane, top dancer at the Bee and Aristide’s runner, who could be the key to Cyril’s plans—if she can be trusted. As the twinkling lights of nightclub marquees yield to the rising flames of a fascist revolution, these three will struggle to survive using whatever means — and people — necessary. Including each other.