Sylvia Beach and Adrienne Monnier were bright lights of the Lost Generation in post-WWI Paris. Although they were very private about their personal lives, their romance inspired and sustained both of them in their literary careers. Both were writers, publishers, and translators, but their greatest influences on literature were the result of their tireless economic and social support of the writers and artists of the era.

Sylvia was born in Maryland. Her father was a Presbyterian minister. Sylvia was born Nancy Woodbridge Beach, but she changed her name to Sylvia. Her father got a job in France in 1902. From that point on, Sylvia divided her time between France, America, and Spain. During WWI she served with the Red Cross in Serbia. After the war, she returned to France, where she met Adrienne Monnier. Sylvia used to say that she had three great loves: “Shakespeare and Company, James Joyce, and Adrienne Monnier.”

Adrienne came from a working-class family (her father was a postal worker) that had an interest in the arts. Her mother encouraged her to read.

When Adrienne’s father came into some money, he gave it to Adrienne to use as capital for a bookstore. She opened her store, La Maison des Amies des Livres, in 1915.

The poet Jules Romains described her as someone devoted to literature:

I saw in front of me a girl with a round, rosy face, with blue eyes, with blond hair, who, it appeared all at once, had just entered the service of literature as others decide to enter the service of religion. . ..

Adrienne established a subscription lending library from her store and made the store a second home for writers.

Three years after she opened the store, Sylvia walked in. Adrienne became Sylvia’s personal and professional partner. She suggested that Sylvia open her own bookstore across the street from Adrienne’s. Adrienne gave Sylvia business advice, helped her with her French, helped her navigate the bureaucratic process of starting a business, and coached her on how to deal with the various temperaments that Sylvia encountered. While today the name “Shakespeare and Co.” is more famous than “La Maison des Amies des Livres”, both stores left an incredible mark on the literary landscape of post-war Europe and America, and Shakespeare and Co. would not have existed without Adrienne’s support.

The women were the kinds of opposites who complement each other. Sylvia was thin and tall and wore tailored clothing while Adrienne was short and curvy and loved peasant style dresses. These differences extended to their business endeavors. Shakespeare and Co. catered to the ex-pats who wanted to “make everything new.” While most of them were struggling financially, most of them also had some sort of financial “out” and could always return to the United States. The atmosphere was bohemian and raucous.

In contrast, La Maison des Amies des Livres catered to French writers and readers. They were exhausted from the travails of WWI and wanted a more sedate environment in which to talk about the arts. While most of the authors who visited Adrienne’s store were men, she used her essays, reviews, and translations to champion the works of women.

Shakespeare and Co. was especially legendary because of the support Sylvia gave to authors. It was a store, a library, a bank, a post office, and sometimes a hotel. She hosted readings and social occasions for writers. In 1922, Sylvia published James Joyce’s Ulysses. Segments of it had been published elsewhere and deemed “obscene” and Joyce could not find a publisher who was willing to handle the full novel. Sylvia coached him, encouraged him, fed him, raised the money for printing, and printed the first complete copy of the novel. (It was later picked up by Random House, and Joyce famously neglected to share any of the proceeds with Sylvia, who was almost bankrupted by publishing the first edition.)

During the German occupation of France, Sylvia closed the store rather than serve Nazi officers. She was eventually arrested and housed with other women in the monkey house at the zoo – her friends could visit her simply by paying zoo admission. Shortly thereafter she was sent to a camp for American and British prisoners at Vittel, France, until her friends were able to get her out. She hid her books in her apartment and waited out the rest of the war with Adrienne. In 1944, Paris was liberated, and Ernest Hemingway made a special point of specifically liberating Shakespeare and Co.

I heard a deep voice calling: “Sylvia!” And everybody in the street took up the cry of “Sylvia!”

“It’s Hemingway!  It’s Hemingway!” cried Adrienne.  I flew downstairs: we met in a crash. He picked me up and swung me around and kissed me while people on the streets and in the windows cheered.

Adrienne was able to keep her store open through the occupation, and for ten years after the war she continued to run her store and work as a translator and essayist. Her publications, which included the literary magazines Le Navire d’Argent and Gazette des Amis des Livres, introduced readers to French, English, and American authors. Notably, her publications included the first French translation of Hemingway and the first French translation of “The Love Song of J. Alfred Prufrock” (translated jointly by Sylvia and Adrienne).

In 1954, Adrienne was diagnosed with Meniere’s Disease, which affects the inner ear. This disease is not fatal in itself, but it can make life absolutely miserable. It causes tinnitus, hearing loss, migraines, and severe vertigo.  Adrienne committed suicide in 1955.

In one of her letters, Sylvia said, “I’ve a queer feeling about Adrienne—that not only is she gone but I’ve gone away myself somewhere.” Sylvia remained in Paris until she passed away in 1962.

Today, his daughter runs the store. Her name is Sylvia Beach Whitman, in tribute to Sylvia Beach. 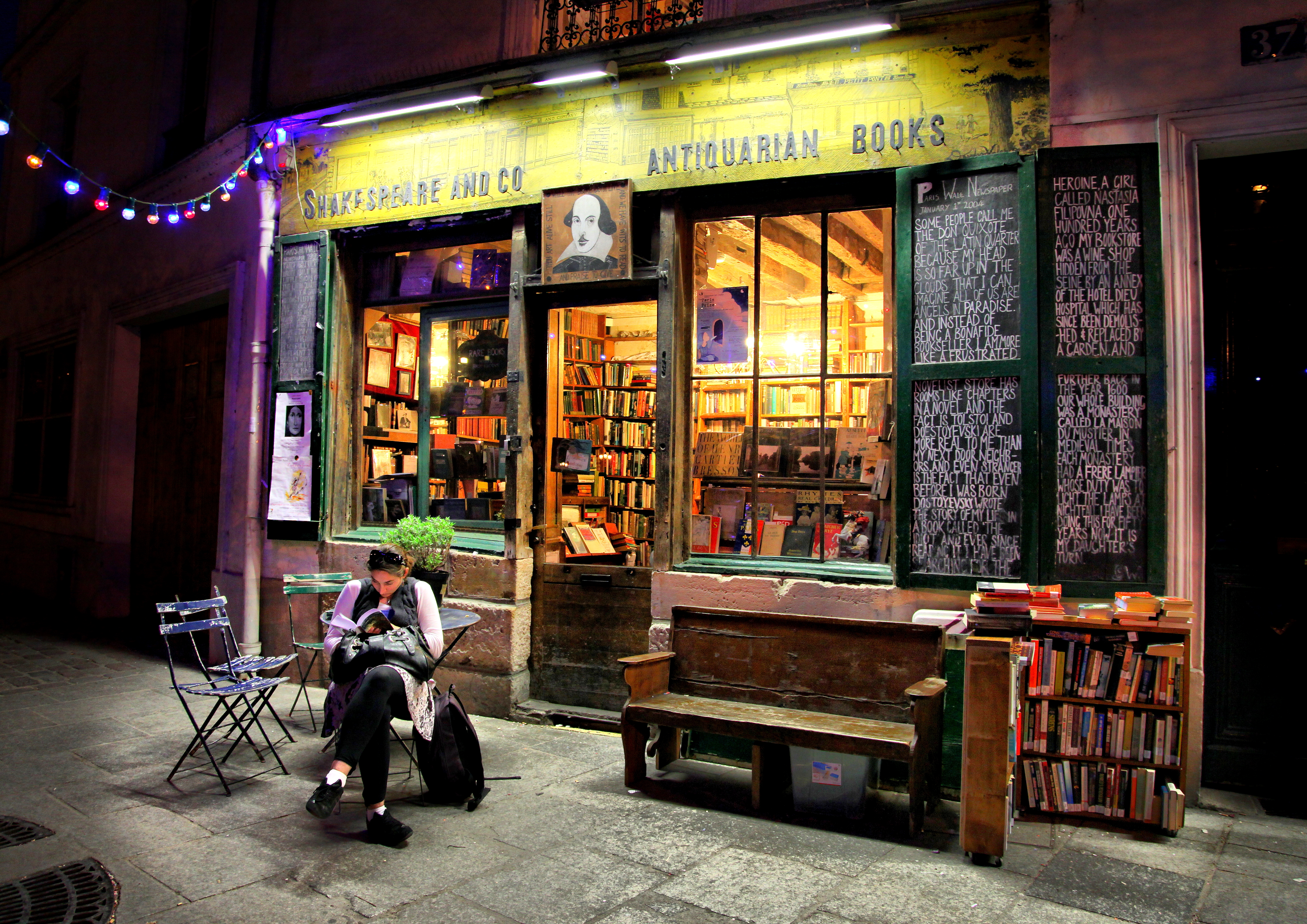 In Praise of Sylvia Beach, by Allie Baker, at The Hemingway Project

A Friend in the House of Books, by Keri Walsh, at Brick Magazine

Ex-Pat Paris as it Sizzled for One Literary Lioness, by Dwight Garner for The New York Times

As always, I’m deeply in debt to Wikipedia for articles on Sylvia Beach, Adrienne Monnier, James Joyce, Vittel, The Paris Zoo, Sylvia Beach Whitman, and about 500 other articles that I ended us clicking on when I was supposed to be concentrating on other things.

There are many books in print about the women of the Lost Generation (I must confess that they are all on my TBR and that this post was brought to you entirely by a whole lot of Google). Here are a few to check out:

Sylvia Beach and the Lost Generation: A History of Literary Paris in the Twenties and Thirties by Noel Riley Fitch ( A )

I also enjoyed this clip from the documentary, Paris Was a Woman: